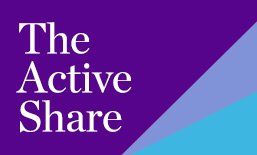 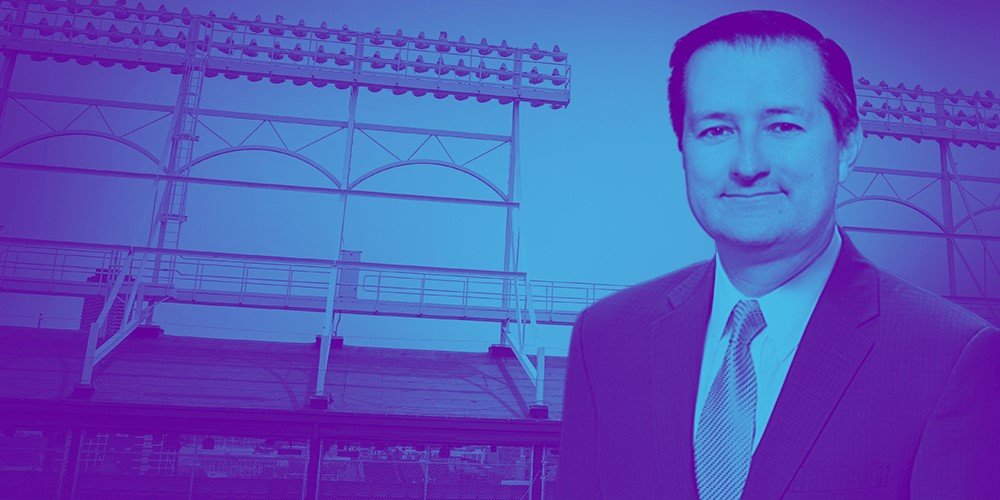 When Tom Ricketts, CFA, chairman of the Chicago Cubs, took over the “loveable losers” in 2009, he set about transforming the organization. Seven years later he had combined art and science to create a winning culture and team—culminating in what may be the most dramatic 17 minutes in World Series history.

Tom’s comments are edited excerpts from our podcast, which you can listen to in full below. (46:23)

Before you took ownership of the Cubs in 2009, they were referred to as “loveable losers.” How did you set about transforming that image?

Tom: The day we bought the club, we set forth three goals: win the World Series (several if we could); preserve and improve Wrigley Field; and be a better neighbor and more active in our community. Everything we’ve done since then has been in pursuit of one of those goals.

How did you make that happen?

Tom: Everyone says the most important thing is people, and it’s true. On the business side, we had a very strong chief executive, Crane Kenney, who filled out the management team.

On the baseball side, I went to the minor league clubs and sat in the draft rooms, really immersing myself, in order to be informed about what I wanted. After about a year and a half, it was clear that we weren’t taking advantage of the analytics other teams were using to improve, so we hired Theo Epstein. That transformed the organization.

How did you think about developing the business?

Tom: Crane and his team wrote a strategic plan and have executed against it ever since.

First, we focused on the ballpark. Wrigley Field was built in eight weeks for $250,000 back in 1914. After World War II, through the1960s, there wasn’t a lot of investment. Five years ago, it looked like an old parking garage. We wanted to make it look nice, and ensure it would be around for the next generation of fans.

We also wanted to create a better fan experience. It’s critical in baseball, which is a local sport. Your baseball team is a member of your family, and how you feel about that member of the family is largely driven by how you feel when you come to the ballpark. That led to some of the developments inside and outside the ballpark, like the washrooms and points of sale. People don’t want to come to the ballpark and wait in line.

If you don’t have good chemistry on your team, it affects player performance.

Tom: Absolutely. Think about the co-worker you dislike the most, then imagine that person with you on every plane ride and at every hotel. Similarly, if you don’t have good chemistry on your team, it affects player performance.

So before you draft a player, you want to make sure he’s a good person in the clubhouse. Will he be willing and able to get through the ups and downs it takes to become a successful major league baseball player? And a good manager identifies the rubs in the clubhouse and addresses them in a way that keeps players focused on the game.

No matter how much due diligence you do, with a human element things can end up differently than you expect. And it happens in a very public domain. How do you try to make it right?

Tom: I give a lot of credit to Theo Epstein and his team. When we find a player has said or done something that isn’t consistent with the way we feel or the way our fans feel, we address it head on. You can’t always get an answer that makes everyone happy, but you can convince yourself that you’ve done the right thing.

How important is the manual, The Cubs Way, in just codifying what it means to be a Cub, and how a Cub should behave?

How have analytics changed baseball?

Tom: Analytics have changed everything. Now we can look at every single event at every single game from multiple perspectives. Jake Arrieta looked like a bottom-quartile pitcher from his ERA and other things. But when you looked at his actual pitches, they were much better. The quality of his pitch data—the performance of his pitches—gave our team the confidence to bring him into our organization.

Right now we’re collecting more data than we’re actually understanding how to use.

Is there anything you’d love to have data on but don’t?

Tom: I’m confident that almost everything is being measured and recorded somewhere. But I’m sure it can be analyzed better. That’s where baseball analytics are heading. Right now we’re collecting more data than we’re actually understanding how to use.

Did you spend a lot of time in the early years learning from other organizations, inside or outside sports?

Tom: Absolutely. When it was time to look for new baseball management, I hired two different quantitative analysts to put the success of other teams into a framework that would allow me to understand what organizations were doing the best. But there was also a lot of qualitative discussion. I asked around 20 people who I trust what they thought our organization needed and who would be the right person to provide it. After a quick dating process, we were convinced that Theo was the right guy for us.

You also have to talk to your own people. Spending time at our training facility and with the minor league clubs was the best way I got information about how we could improve.

Were there any surprising takeaways from that process?

Tom: I learned that relative to other teams, we spent the highest percentage of our baseball budget on major league payroll, which meant that we were trying to win every year. That’s a fine strategy, but it deemphasizes the future. It takes away from what you can invest in your future teams.

Does it reach a point where everyone does the science, so the art becomes more important?

Tom: No matter how much data you collect, there’s still context that can’t be captured with a stat. So our baseball guys look at what you can see on paper and what you can see in person as two lenses on the same telescope.

It’s similar in your industry. You can see the performance of an investment over time, but it doesn’t give you the context of whether that was a good investment for specific individuals relative to other things that they may have owned, their time horizons, or their objectives. So there’s always going to be room for someone using judgment to add some context to the statistical analysis.

One of the most dramatic World Series games in history occurred in 2016 when rain forced a 17-minute delay of game 7 with the Cubs and Indians tied 6-6. How did you feel during those 17 minutes?

So 17 minutes felt like 17 years. A couple of days after the World Series, I had a nightmare that we lost. My wife joked, “You have post-playoff stress disorder.”

You ended up with 5 million fans on the streets. That must have felt amazing.

Tom: So many people gave us so much love for so many years, and it was amazing to be even a small part of their payback. We left the ballpark in our open-top bus, and all the way from Wrigley Field to Grant Park, the streets were packed with cheering people.

A kid sitting on his parent’s shoulders held a poster that said, “We did it, Grandpa.” It reminds you that the baseball team is part of your family. All I could think was, “What an incredibly lucky, blessed person I am to be in a situation where I can be part of something this special.”

For more conversations on The Active Share, subscribe to the series on Apple Podcasts, Spotify, Google Podcasts, Stitcher, or TuneIn

This content is for informational and educational purposes only and not intended as investment advice or a recommendation to buy or sell any security. Investment advice and recommendations can be provided only after careful consideration of an investor’s objectives, guidelines, and restrictions.

Information and opinions expressed are those of the authors and may not reflect the opinions of other investment teams within William Blair Investment Management, LLC, or affiliates. Factual information has been taken from sources we believe to be reliable, but its accuracy, completeness or interpretation cannot be guaranteed. Information is current as of the date appearing in this material only and subject to change without notice. Statements concerning financial market trends are based on current market conditions, which will fluctuate. This material may include estimates, outlooks, projections, and other forward-looking statements. Due to a variety of factors, actual events may differ significantly from those presented.

Investing involves risks, including the possible loss of principal. Equity securities may decline in value due to both real and perceived general market, economic, and industry conditions. The securities of smaller companies may be more volatile and less liquid than securities of larger companies. Investing in foreign denominated and/or domiciled securities may involve heightened risk due to currency fluctuations, and economic and political risks. These risks may be enhanced in emerging markets. Different investment styles may shift in and out of favor depending on market conditions. Individual securities may not perform as expected or a strategy used by the Adviser may fail to produce its intended result.

Investing in the bond market is subject to certain risks including market, interest rate, issuer, credit, and inflation risk. Rising interest rates generally cause bond prices to fall. High-yield, lower-rated, securities involve greater risk than higher-rated securities. Sovereign debt securities are subject to the risk that an entity may delay or refuse to pay interest or principal on its sovereign debt because of cash flow problems, insufficient foreign reserves, or political or other considerations. Derivatives may involve certain risks such as counterparty, liquidity, interest rate, market, credit, management, and the risk that a position could not be closed when most advantageous. Currency transactions are affected by fluctuations in exchange rates; currency exchange rates may fluctuate significantly over short periods of time. Diversification does not ensure against loss.

There can be no assurance that investment objectives will be met. Any investment or strategy mentioned herein may not be appropriate for every investor. References to specific companies are for illustrative purposes only and should not be construed as investment advice or a recommendation to buy or sell any security. Past performance is not indicative of future returns.

Almost two years after the COVID-19 outbreak, much is still unknown. Why are heavily vaccinated countries such as... 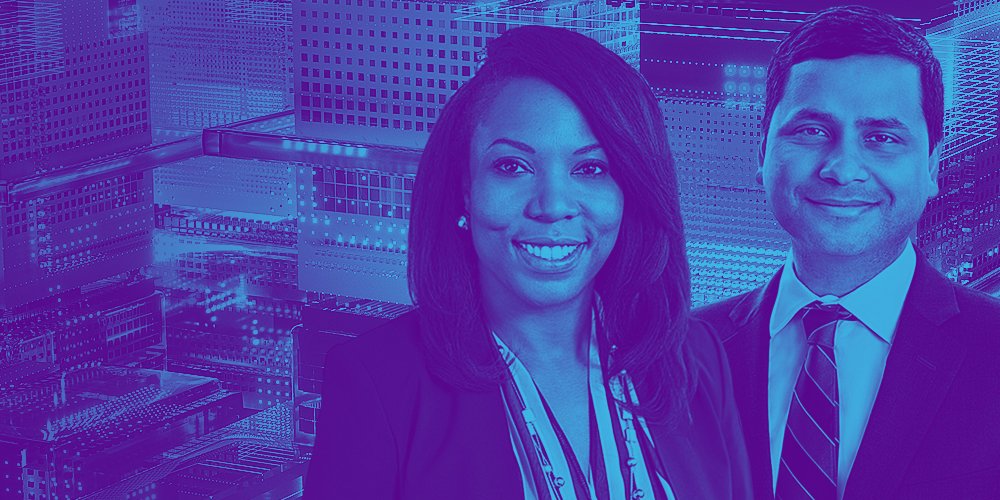 Everything is getting smart these days, including buildings, grids, and cities. In the fourth installment of our Convergence... 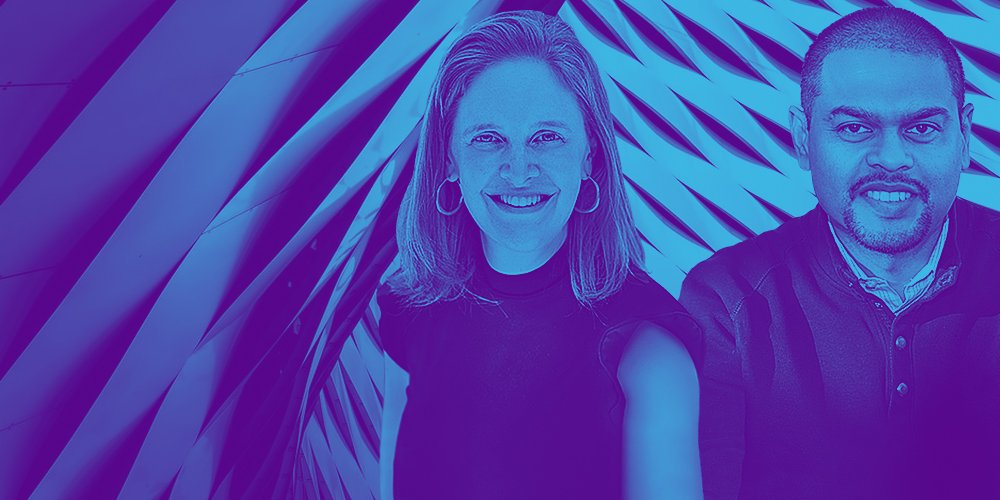 Diversity in the financial services industry is an ongoing challenge, but it’s not due to a lack of...

Gain insights on macro market events, the economy, and investing strategies.
Receive our latest blog posts in your inbox.